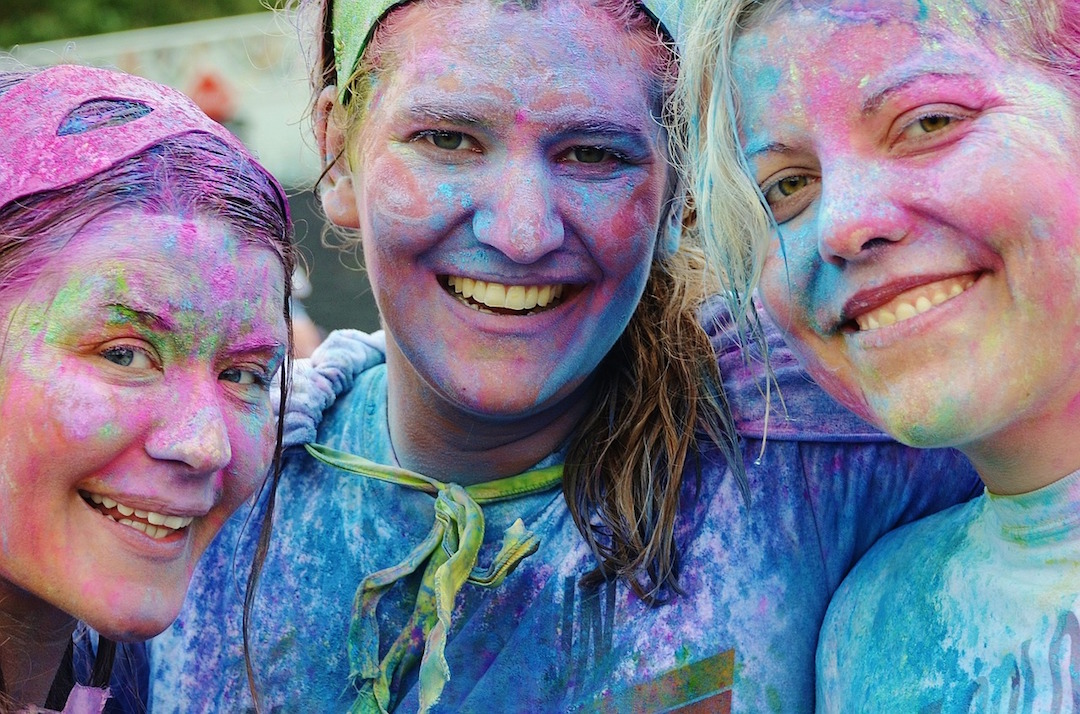 Festivals are a major part of any country and timing your travels to celebrate a festival could be one of the best ways for digital nomads to explore a culture. India, being incredibly diverse, has a number of them. Festivals of all faiths are celebrated with much gusto and with entire communities taking part. Cultural festivals and music festivals are becoming centres of multiculturalism and pull crowds from all over the world. Such festivals take place as a show of humanity and many of them support social agendas.

Try one of the following festivals in India to make 2017 more eventful. Just remember to celebrate responsibly!

Religious festivals to attend in India

Dussehra: Dussehra is celebrated all over the country but for a really good show, visit the city of Mysore in Karnataka. The palace is lit up beautifully and the annual parade is a splendid display of decorated elephants and their mahouts. It generally takes place in the month of October, though dates will vary from year to year.

Diwali: One of the biggest festivals celebrated in India, Diwali can be appreciated from anywhere in the country. Oil lamps are lit to symbolically banish evil and darkness from their lives and people celebrate by lighting fireworks. It falls on different days every year, according to the Hindu calendar so make sure you get the dates correctly before planning anything around this time.

Holi: The festival of colours is one of the most anticipated festivals for everyone including tourists in India. The festival is celebrated over two days. A bonfire is lit the previous night, followed by the celebration of colours the next day. Water, colour, sweets and the traditional but intoxicating (and dubiously made) drink of bhaang are how you can celebrate the festival authentically.

Durga Puja: Majorly celebrated in east India, Durga Puja is another festival celebrating good over evil. The city of Kolkata celebrates the festival most enthusiastically. Idols of the goddess Durga are located all over the city, and women come out in full force to celebrate the power of the goddess. Song, dance and elaborate prayers are carried out with entire communities taking part.

Ganesh Chaturthi: Not many people are aware that Ganesh Chaturthi became a public celebration only in 1893. Today the celebrations are on a much larger scale and take place all over the country, mainly in the state of Maharashtra. The ten day festival is in honour of the elephant-headed god Ganesha, with idols springing up in almost every lane of major cities.

Eid-ul-fitr: Eid-ul-fitr is celebrated in either June or July, according to the Islamic calendar, right after Ramadan, the month of fasting. Communities get together, people offer prayers, and feasts take place to celebrate the end of fasting. In major cities like Mumbai and Delhi, street food stalls spring up, selling kebabs, biryani and other traditional fare.

Cultural Festivals to experience in India

Hornbill Festival: The Hornbill festival is a cultural extravaganza and the largest gathering celebrating the lives of the indigenous tribes of the state of Nagaland. It runs for ten days, with dance, music, art and craft exhibitions, film festivals, concerts, games and a lot more at the Naga Heritage Village, about 10 kilometres away from Kohima. It takes place in the first week of December and usually begins on the first of the month. You can find more details about the festival HERE.

Pushkar Fair: The biggest camel and cattle fair in the country, Pushkar is a popular festival not just for cattle owners, but for photographers and musicians as well. It runs for five days in October or November, depending upon the calendar, beginning with a camel race. It has gained quite a following among tourists across the world and even attracts contemporary musical acts from all over the globe. Read more about the festival HERE.

Rann Utsav: Also known as Kachch festival, this is one of the most popular festivals in the country. This year, it began on November 1st and is scheduled to run till 20th February 2017. Celebrating all sorts of art from the region, it highlights the artistic talents and natural beauty of the state of Gujarat against the backdrop of the Rann of Kachch. You can find more information HERE.

Goa Carnival: Rooted in Portuguese traditions, Goa Carnival is a fun, colourful festival that takes place before Lent. Parades and processions move through major cities in the state, with dancers and performers, and ends in the red and black dance in Clube Nacional in the capital city Panaji. Carnival will run from 25th to 28th February in 2017. For more details, click HERE.

Jaisalmer Desert Festival: The three day Jaisalmer Desert Festival takes place during the winter. The event was specifically set up to promote Rajasthani culture to people from other countries and celebrates the heritage of the state. It is held in February every year, at Sam Sand Dunes, a few kilometres from Jaisalmer. Contests like turban-tying and the moustache competition are extremely popular with tourists. To find out more about this festival, click HERE.

International Kite Festival: Every January, Ahmedabad comes alive with hundreds of kites being flown to celebrate the International Kite Festival. Kites of all shapes, sizes and materials take over the skies – some displaying messages of social importance, others that are positively feats of design and engineering. It is traditionally celebrated on Sankranti in January and is slated to take place between 7th and 14th January in 2017. You can find more details about this festival HERE.

Must attend Music Festivals in India

Ziro Festival of Music: The seven sisters have always been the epicentre for rock and alternative music and Zero Festival of Music in Arunachal Pradesh celebrates this. A fairly new festival, Ziro began in 2012 and has showcased acts like Indus Creed, Madboy, The Supersonics, and some famous local acts. It is held every year, towards the end of September, in Ziro Valley in Arunachal Pradesh. Indian and international tourists require permits to travel to Arunachal Pradesh so make sure you have this document before you head there. You can read more about the festival HERE.

Sunburn: The biggest music celebration of the year, Sunburn takes place in Goa during New Years’. If you are a fan of electronic music, Sunburn cannot be missed. While the original event takes place in Goa the brand itself is spreading all over the country and even to Sri Lanka and Dubai. Electronic artists from all over grace this much coveted music festival and it has never known to disappoint. You can find out more about Sunburn HERE.

NH7: NH7 travels to multiple cities and is one of the largest music festivals in India. You can catch it at Pune, Delhi, Begaluru, Kolkata, Nagpur, Mysore, Puducherry, Jaipur, Hyderabad or Shillong between October and December. It covers several genres of music so you can’t go wrong with NH7. You can read more about the festival HERE.

Mahindra Blues: Asia’s largest Blues Festival has seen blues legends like Buddy Guy and Joss Stone over the years since its inception in 2011. The two day festival runs every February and will be held on 11th and 12th February in 2017 at the popular Mehboob Studios in Mumbai. More details about the festival HERE.

Ragasthan: Ragasthan is a most aptly named music festival that takes place on the dunes of the Thar desert. Flea markets, a sports arena, restaurants and bars, and multiple stages lie sprawled over the desert sands near Jaisalmer. Featuring bands like MenWhoPause, Parikrama, and Advaita, Ragasthan is a much awaited event every year. Dates for 2017 have not been announced yet but you can bet the three day festival will pack a punch. You can find out more about Rajasthan HERE.

So we hope you have a great time all around the country. Do share this information with other. 🙂

How to Cope With Demonetisation as a Digital Nomad