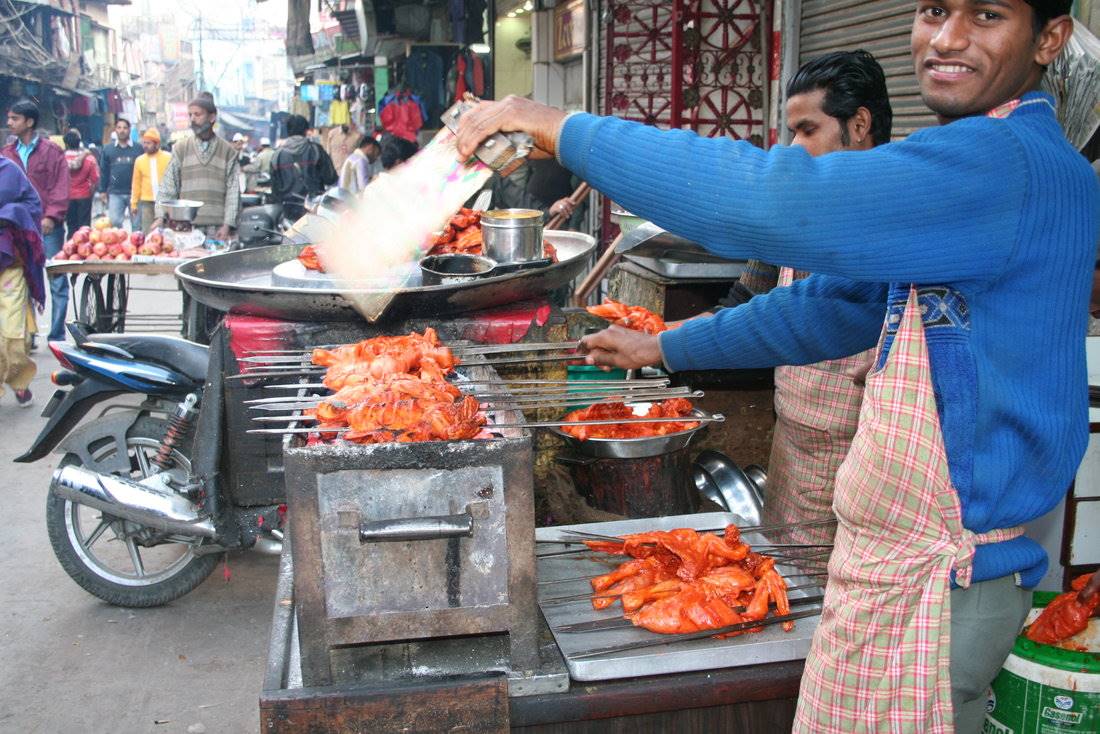 Songs have been written on it and movies have been centered on it, such is the street food of India. Like the culture of our country the food here too is diverse. If you’re a digital nomad, one of your biggest expenses is definitely food. Digital nomads usually survive of affordable, local food and what would fit better in that category than street food.

Every state boasts of its own special kind of food. Here’s a guide for all the digital nomads in India to the best street food in the various cities of the country.

1. Delhi: The capital of India is also a gourmand’s paradise. Chole Bhature is the staple street food here. Chole consists of cooked chickpeas in spicy gravy served with a deep fried Bhatura which is a sort of thin bread.

2. Mumbai: The city that never sleeps is famous for its Vadapav. Vada is a potato patty which is dipped in batter and deep fried. The cooked patty is stuffed inside pav, which is a sort of bun. Vadapav is had with a spicy red chilli and garlic chutney.

3. Indore: Poha and Jalebi are the best known street foods of Indore. The unlikely combination of simple poha, tossed in salt and turmeric and a little bit of chilli and the sweet fried jalebi dipped in sugar syrup is usually had for breakfast but can be found here throughout the day.

4. Lucknow: This city is famous for its Aloo Tikki. It typically consists of a Tikki which is a patty made of mashed potatoes along with various spices. It is served with chickpea gravy, mint and tamarind chutney and garnished with chopped onions and coriander.

5. Kolkatta: Egg rolls are the famous street food of this city. As the name suggests, it’s fried egg wrapped in a paratha, served with a dipping sauce.

6. Ahmedabad: This city is famous for its Dabeli. It consists of a pav stuffed with mashed potatoes mixed with spices and peanuts. The sweet and spicy taste makes it one of the delicacies of Gujarat.

7. Bangalore: This southern city is famous for Akki Roti, which is a rice based roti mixed with spices. It is served with coconut chutney.

8. Chennai: Idli sambhar is the most commonly found street food in Chennai. Idli is a steamed rice dumpling which is served with sambhar, which is a spicy vegetable gravy.

9. Bikaner: This state in Rajasthan is famous for Kachori which is deep fried puri which is often served with boiled potatoes in spicy gravy.

10. Hyderabad: Mirchi Bhajji which is stuffed chili fritters are the famous street food of this city.

Apart from these, pani puri, bhel, frankie and Indian Chinese are some of the famous street foods found in India. So, next time when you are searching a treat for your taste buds you know what to search for.

Read about : 6 MUST VISIT VINEYARDS IN INDIA

Airbnb hacks that’ll save you from getting screwed